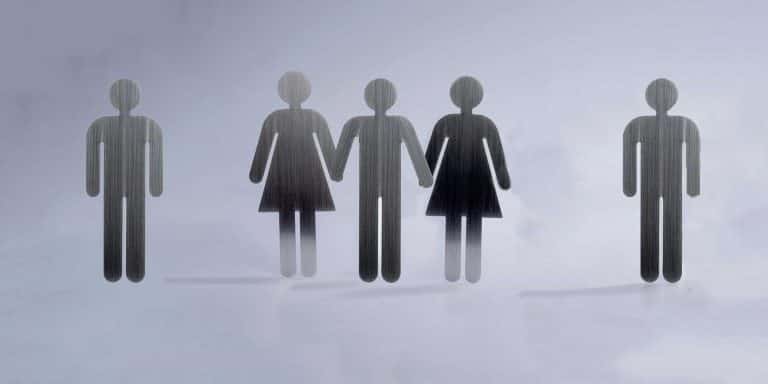 Many individuals have asked themselves whether or not monogamy is better than polygamy. Other frequent questions about these relationships revolve around what’s right and wrong or good or bad. Ultimately, there is no one answer to any of the questions above. Different partnerships work well for different people. Not everyone is built for monogamous relationships; the same principle also applies to polygamous unions. However, monogamous people tend to pair well with other monogamous people, just as polygamous individuals are better suited for other individuals who partake in polygamy.

While various people are compatible within various unions, the ongoing debate surrounding monogamy and polygamy has yet to subside. In much of society (and in many religions), monogamy is viewed as indicative of a loving, faithful, and true relationship. Marriage is especially perceived as a partnership which should only contain two people, thus forsaking all others. However, the aforementioned traditional beliefs have been contested on multiple points.

Individuals who question the validity of monogamy often cite this type of partnership as outdated, unnatural, and restrictive. High divorce rates, reports of infidelity, and sexual boredom are also cited as reasons to oppose monogamy. People who share the preceding perceptions generally cite polygamy as a healthy alternative for consenting adults. More companionship, higher amounts of income, and ongoing sexual variety are often cited as upsides of polygamous relationships.

Nonetheless, not everyone has written off monogamy. Many people would not feel comfortable in polygamous or open relationships. Individuals who favor monogamy also tend to cite bonding, emotional intimacy, decreased worries of STDs, and other cases as reasons why monogamy trumps polygamy. The Huffington Post even champions monogamous relationships as the pinnacle of values like honor, respect, fidelity, loyalty, and trust. However, many polygamous individuals would make the case that the values above can still exist within nonmonogamous relationships. Still, some people just prefer traditional, orthodox relationships reserved for two committed partners. 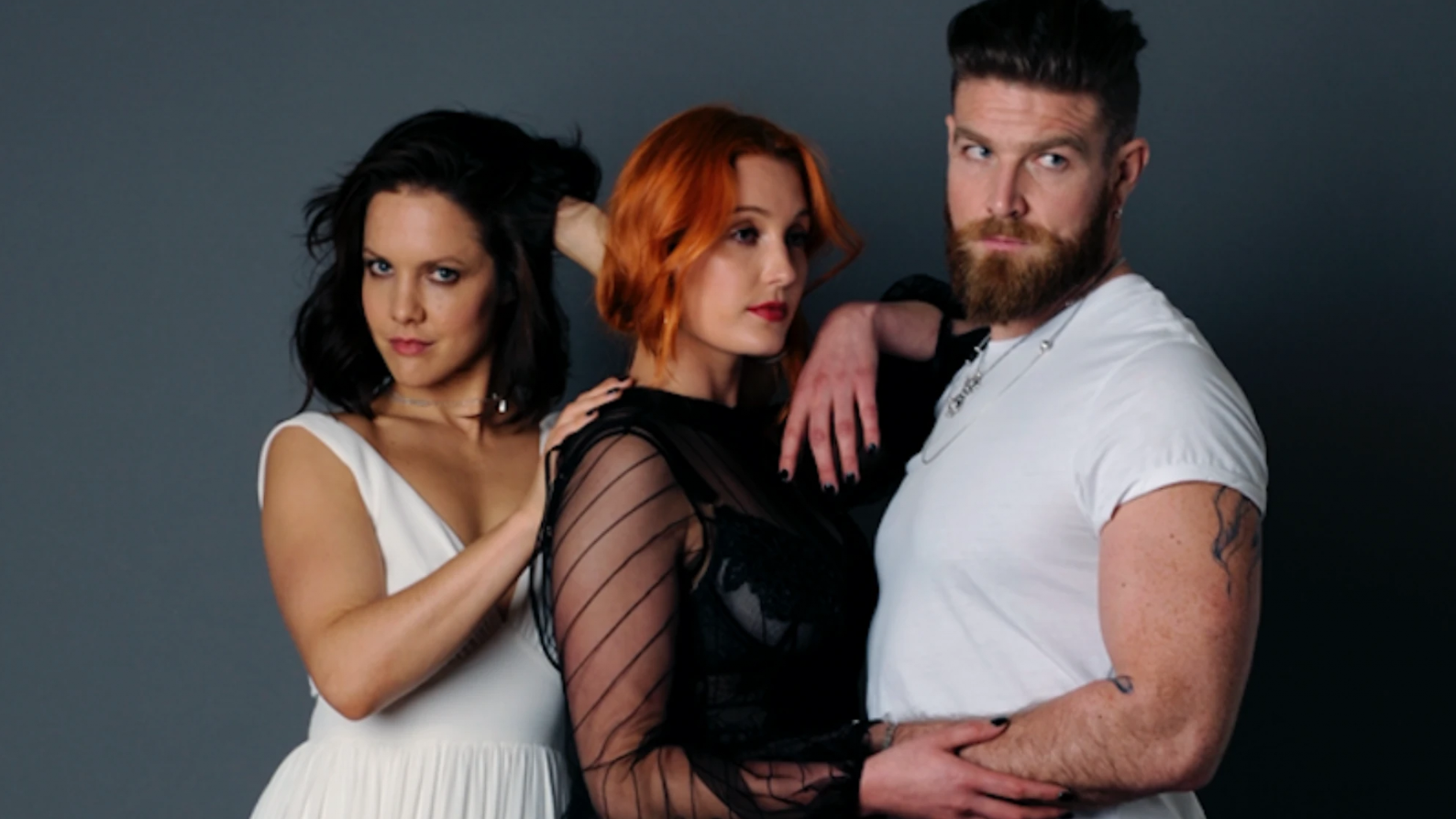 As polygamy has gained more attention and press, some people have begun to question whether or not polygamy is simply a politically correct way of cheating. Monogamous individuals often raise these concerns. However, there is a clear distinction between cheating and polygamy; the lines are not as blurred as many people would like for them to be.

When someone cheats in a relationship, they are going behind their partner’s back for trysts with a lover. Moreover, cheating also usually involves lying, deceit, and sneaking around. In one way or another, people who cheat usually attempt to hide their infidelity from their romantic partners for various reasons. Despite what some people may believe, cheating is extremely damaging and can wreck extreme emotional and psychological havoc. The person who is cheated on often begins to question why their partner was unfaithful; they may also question what the other man or woman has to prompt their cheating on their significant other.

On the other hand, polygamous relationships are completely different from cheating and should be treated as such. In unions with more than two people, all parties are on the same page and aware of each other’s existence. The lying, deceit, and sneaking around which occurs with unfaithful individuals is wholly different from a consensual partnership with more than two individuals. However, if one or more individuals in a polygamous relationship enter into a union with someone else outside of the relationship, that can be problematic. Many people would consider this act to be a form of cheating.

Which Relationship Is For You?

The majority of people instinctively know whether or not they are cut out for monogamous or polygamous partnerships. However, for the small minority of individuals who may be unsure or otherwise on the fence, there are some telltale signs. First and foremost comes the reason for entering into monogamy or polygamy. Entering into any partnership for the wrong reason is a bad idea. Sadly, many individuals feel terrified of being alone and therefore rush into relationships. Other people may enter into either monogamous or polygamous unions for the sake of proving a point. Both reasons (and others like them) are generally recipes for disaster.

Although polygamy has garnered more attention and acceptance, the stigma is not completely gone. This has left some people wondering whether or not polygamous relationships are best for them. According to YourTango, there are several signs which one should look for before entering into such a union.

First and foremost comes the reason. As previously stated, the motivation behind a partnership makes such a huge difference in its success or failure. If polygamy simply appeals to one’s preferences, then, by all means, don’t hold back. However, if someone is entering into polygamy for the sake of pleasing their partner or improving an already fractured relationship by adding a third party, it’s unlikely to end well. Unions which are built on flawed and fragile foundations generally collapse at one point or another.

Another factor to take into account is levels of jealousy and possessiveness. Many individuals experience jealousy at the thought of their significant other being romantically involved with another person. While this feeling is understandable (and what many people would consider being natural), it doesn’t bode well for polygamous relationships. In these type of unions, it is critical for all parties to be happy and comfortable with one another on an intimate level.

When determining whether or not to enter a monogamous or polygamous relationship, another critical component comes in the form of one’s values. An individual who believes in tradition is better suited for monogamous unions, and that’s OK. Many people prefer traditional relationships and should seek them out accordingly. Thankfully, individuals who prefer monogamy tend to naturally gravitate towards others like them, just as those in favor of polygamy generally find one another.

Relationships are inherently nuanced and complicated. Regardless of whether or not an individual chooses to enter into a monogamous or polygamous partnership, there are so many factors which impact whether or not a relationship fails. Timing, lifestyle, desires, sexual compatibility, personalities, and so much more is involved in unions of all natures. In many cases, the best relationships come to us in the moments when we least expect them to.

Moreover, monogamous and polygamous people should never feel pressured to enter into relationships if they feel uncertain or simply unready. Society tends to glamorize certain unions and promote the notion that one must in involved with someone else to truly feel happy and fulfilled in their day to day lives. Now, while relationships can contribute to an individual’s happiness or levels of fulfillment, at the end of the day, the true power lies with them. A miserable, discontent individual will is unlikely to become bright-eyed and cheerful upon entering into a partnership suddenly, be it monogamous or otherwise. One of the (not so) hidden secrets about relationships is that we tend to take ourselves with us. Some people might even argue that relationships magnify and highlight the true nature of an individual as time passes.

Monogamy and polygamy each come with their series of benefits and drawbacks. Not all people will agree with the various aspects of the relationships above, nor are they entitled to. Granted that all involved parties are consenting adults, there is no right or wrong, good or bad when it comes to deciding to enter into monogamy or polygamous union. Different individuals are better suited for certain relationships. Sometimes this changes over time; sometimes it does not. Some people may switch between monogamy and polygamy at one time or on multiple occasions.

« Polygamy is the key to a long life
Are humans naturally monogamous or polygamous? »