Historically and still today, most cultures that permit polygamy permit polygyny (a man taking two or more wives) rather than polyandry (a woman taking two or more husbands). In the Gallic War, Caesar claims that, among ancient Britons, ‘ten and even twelve men have wives in common’, particularly brothers, he says, or fathers and sons—which to me sounds more like group marriage than polyandry proper.

Polyandry is typically tied to a scarcity of land and resources, as, for example, in certain parts of the Himalayas, and serves to limit population growth. If it involves several brothers married to one wife (fraternal polyandry), it also protects the family’s land from division. In Europe, this was generally achieved through the feudal rule of primogeniture (‘firstborn’), by which the eldest legitimate son inherited the entire estate of both his parents. Primogeniture has antecedents in the Bible, with, for example, Esau selling his ‘birthright’ to his younger brother Jacob.

Today, most countries that endorse polygamy—invariably in the form of polygyny—are countries with a Muslim majority or sizeable Muslim minority. In some countries, such as India, polygamy is legal only for Muslims. In others, such as Russia and South Africa, it is illegal but not criminalized.

Under Islamic marital jurisprudence, a man can take up to four wives, so long as he treats them all equally. While it is true that Islam permits polygyny, it does not require or impose it: marriage can only occur by mutual consent, and a bride can stipulate that her husband-to-be not take a second wife. Monogamy is by far the norm in Muslim societies, as most men cannot afford to maintain more than one family, and many of those who can would rather do without the trouble. Even so, polygyny remains very common across much of West Africa.

Polygamy is illegal or criminalized across Europe and the Americas, in China, Australia, and other countries. Despite this, there are many instances of polygamy in the West, especially within immigrant communities and certain religious groups like the Fundamentalist Church of Jesus Christ of Latter-Day Saints (FLDS Church) and other Mormon fundamentalists.

The pros and cons 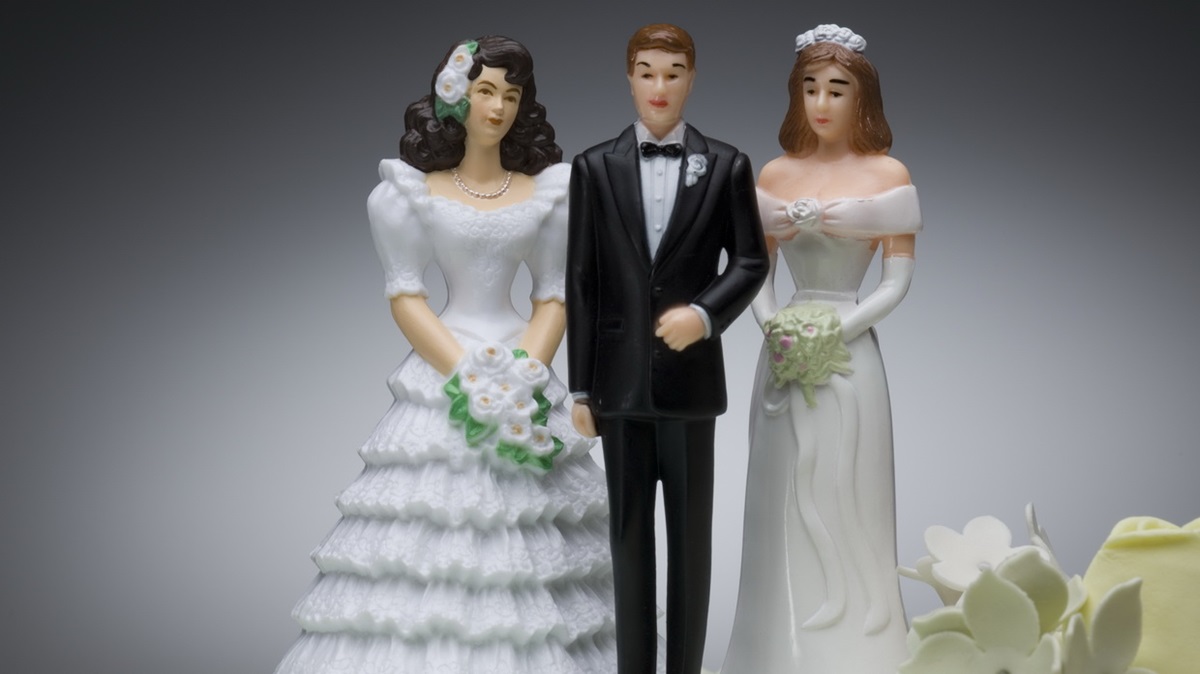 A man who takes more than one wife satisfies some of his sexual urges, signals his high social status, and generally feels happier about himself. His many children supply him with a ready source of labor, and the means, through arranged marriages, to forge multiple social, economic, and political alliances. Polygyny may be costly, but in the long term, it can make a rich man richer.

Even in monogamous societies, powerful men often establish long-term sexual relationships with women other than their wives (concubinage), except that in this case the junior partners and the children born to them do not enjoy the same legal protections as the ‘legitimate’ wife and children. In some cases, a man might get divorced to marry a much younger woman (serial monogamy), thereby monopolizing the reproductive lifespan of more than one woman without incurring the social stigma of polygamy.

Polygyny might even benefit the women involved, who may come to enjoy one another’s company and share out the burdens of housekeeping and childrearing. Younger wives may add to the social standing of the first wife, while at the same time reducing her workload. In times of war, with high male absenteeism and mortality, polygyny supports population growth and replenishment by ensuring that every female can find a mate.

Polygyny also has many drawbacks, particularly when seen through a modern, western lens. First and foremost, it sanctions and perpetuates gender inequality, with co-wives officially and patently subordinated to their husband. Women in polygynous unions tend to marry at a younger age, into a setup that, by its very nature, fosters jealousy, competition, and conflict, with instances of co-wives poisoning one another’s offspring in a bid to advantage their own. Although the husband ought in principle to treat his co-wives equally, in practice he will almost inevitably favor one over the others—most likely the youngest, most recent one. Tensions may be reduced by establishing a clear hierarchy among the co-wives, or if the co-wives are sisters (sororal polygyny), or if they each keep a separate household (hut polygyny).

While polygyny may benefit the men involved, it denies wives to other men, especially young, low-status men, who tend to measure their success by their manhood, that is, by the twin parameters of social status and fertility. With little to lose, these frustrated men are much more likely to turn to crime and violence, including sexual violence and warmongering. It can be no coincidence that polygamy is practiced in all of the 20 most unstable countries on the Fragile States Index.

All this is only aggravated by the brideprice, a payment from the groom to the bride’s family. Brideprice is a frequent feature of polygynous unions and is intended to compensate the bride’s family for the loss of a pair of hands. Divorce typically requires that the brideprice be returned, forcing many women to remain in miserable or abusive marriages. If polygamous unions are common, the resulting shortage of brides inflates the brideprice, raising the age at which young men can afford to marry while incentivizing families to hive off their daughters at the soonest opportunity, even at the cost of interrupting their education. Brideprice if often paid in cows, and, to afford a bride, young men may resort to cattle raids and other forms of crime. Gang leaders and warlords attract new recruits with the promise of a bride or an offer to cover their brideprice.

Polygyny also tends to disadvantage the offspring. On the one hand, children in polygamous families share in the genes of an alpha male and stand to benefit from his protection, resources, influence, outlook, and expertise. But on the other hand, their mothers are younger and less educated, and they receive a divided share of their father’s attention, which may be directed at his latest wife, or at amassing resources for his next one. They are also at greater risk of violence from their kin group, particularly the extended family. Overall, the infant mortality in polygynous families is considerably higher than in monogamous families.

There are several instances of polygamy in the Old Testament: Moses had two wives, Abraham three, Jacob four, David at least 18, and Solomon all of 700. But biblical polygamy usually had a bitter ending. According to the Book of Kings, Solomon had ‘seven hundred wives, princesses, and three hundred concubines’, but ‘his wives turned away his heart after other gods: and his heart was not perfect with the Lord his God’ (see picture). The creation story on the very first pages of the Bible clearly seeks to enforce a monogamous ethos. Upon seeing Eve for the first time, Adam says: “This is now bone of my bones, and flesh of my flesh… Therefore shall a man leave his father and his mother, and shall cleave unto his wife: and they shall be one flesh.”